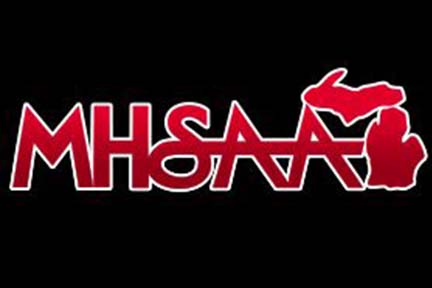 We’re into the second day of the final weekend of the 2021-22 sports school year, and today’s edition includes previews of the Girls Soccer, Softball and Baseball Finals and coverage of Thursday’s Semifinals. We also highlight an all-stater whose final high school goal clinched last weekend’s Division 1 girls lacrosse championship.

Do you know a high school sports fan who would enjoy this weekly newsletter? Share this link to register on MHSAA.com and be added to the MHSAA NOW mailing list.

For a complete list of all games and streaming options go to mhsaa.tv.

Hello all, hope all is well. The MHSAA hasn’t released the boys and girls basketball districts as of yet. Now I did like a projection list of teams that could be the districts.

THESE ARE NOT THE OFFICIAL DISTRICTS, these are my projections. If you have any questions please comment on the comments, DM, or tweet me. I will gladly explain.

I used my early district projections along with the volleyball and MHSAA divisions lists for the 2022-2023 seasons which included the Co-Op’s and the teams that moved up.

Hopefully these are the districts. Here are my projections for Divisions one and two. It took me a few hours so here goes.

Bloomfield Hills performed very well on Friday afternoon at the Division One State Tennis Finals at Western Michigan University. The Blackhawks had 10 State Finalists and eight State Champions but it wasn’t enough as they scored 32 points which was good for second place. Ann Arbor Pioneer took home the State title with 33 points.

The OAA was well represented in Kalamazoo besides the Blackhawks. Troy was third with 22 points, Clarkston was seventh with 12 points, Stoney Creek was tied for eighth with 10 points, Adams was tied for 15th with four points, Troy Athens and Lake Orion were tied for 19th with three points, and Farmington was tied for 22nd with one point.

Groves, Berkley, and Seaholm were in the Division Two State finals which took place on Saturday afternoon at Hope College. Grand Rapids Forest Hills Northern took the crown with 34 points. The Maples finished second with 30 points. Groves tied for fourth with 17 points. Berkley was tied for 12th with six points.

The OAA should be strong again next season in girls tennis.

Here is my insight previewing the Girls Soccer regionals this week.

THOUGHTS/INSIGHT: This is a rematch of a 4-0 Blackhawks victory over the Dragons a few weeks ago. Bloomfield Hills is fresh off their first district title since 2019 after winning over Walled Lake Northern 3-0 at West Bloomfield. The Blackhawks played with 10 players with one getting a red card in the district finals. Lake Orion won their second straight district title with a 1-0 victory over a red hot Oxford program that had been rolling. It’s a clash of different styles at Novi and whose style wins out heads to the regional final. On the other side of the bracket, it’s an interesting matchup between defending State Champs Hartland and proven Catholic League power Farmington Hills Mercy.

PICK: It’s going to be a tough chore for whoever wins the Dragons/Blackhawks matchup. Hartland is the defending State Champs. The Dragons played the Eagles really tough in the regional final last season but Hartland’s size was too much for them. Bloomfield Hills will give Lake Orion a ton of problems. I don’t really see anyone beating the Eagles. Hartland should head to the State Semifinals riding with a lot of confidence.

THOUGHTS/INSIGHT: This is a very interesting regional. Rochester remains unbeaten after winning a hard earned district by beating three State ranked teams in Adams, Romeo, and Stoney Creek. Their reward is another test against a very good New Baltimore Anchor Bay squad in the regional semifinals. Both the Falcons and Tars have wins over Troy Athens whom won their district with a pair of 1-0 games over Troy and Seaholm. Fraser really wasn’t tested until the district finals where they won 3-1 over St. Clair Shores Lakeview but the Ramblers have a huge test awaiting them against the Red Hawks.

PICK: I see a rematch of sorts but it will be Troy Athens vs New Baltimore Anchor Bay. Rochester and the Tars will be a heck of a regional semifinals but they have the deep postseason experience which should be the difference. I think the Red Hawks get revenge and move onto the State Semifinals.

This my preview on the Softball Regionals that take place this weekend.

PICK: Farmington Hills Mercy has home field in this regional and it should pay dividends. I like Berkley to get to the regional final over St. Clair Shores Lakeview. I see the Marlins winning this regional over the Bears because of pitching.

THOUGHTS/INSIGHT: This is a very interesting regional at Oxford where the Red, White, and the second best teams in the White and Lakes Valley Conference. Lake Orion has been rolling. They won their district with their high octane offense. The Dragons outscored Waterford Kettering and Clarkston by a combined 30-10 including a stunning 11-5 win over a very good Wolves program in the district finals. Adams has been playing very good softball. The Highlanders beat Avondale and Stoney Creek by a combined 15-3 in their district. North Farmington has also been playing very well coming into the regional. The Raiders have been rolling in their district outscoring both West Bloomfield and Bloomfield Hills by a combined 21-6. Walled Lake Northern has been battle tested. The Knights beat Milford 5-2 in the district semifinals and earned a 2-0 district final victory over Lakeland.

PICK: This is an interesting district. I think Lake Orion gets by Adams with their high octane offense. I  see Walled Lake Northern and North Farmington being a tight game with the Knights moving on to the regional finals. I think the Dragons have just too much hitting and should move onto the State Quarterfinals.

THOUGHTS/INSIGHT: This is an interesting regional at Hazel Park. Three of the four teams that are in this regional just had to play a district final including Harper Woods. The Pioneers won 18-3 over Harper Woods Chandler Park Academy on the road. Center Line is the only team in this regional to play two different district opponents. The Panthers won their district by outscoring Eastpointe and Hazel Park by a combined 30-4. Detroit Cesar Chavez Academy won 21-3 over Detroit Martin Luther King in their district finals. Detroit Mumford had to survive Detroit Lincoln in a high scoring game 15-11. This regional has a ton of storylines to watch.

PICK: Center Line has been very dominant. I see no reason why the Panthers shouldn’t win this regional with ease over Detroit Cesar Chavez Academy.

Here is my insight on the Baseball Regional matchups.

Harper Woods vs Grosse Isle @ Trenton: The Pioneers have been rolling. They really didn’t have much competition in their district outscoring both Detroit East English Village Prep and Harper Woods Chandler Park Academy by a combined 37-0. Grosse Isle will prove to be a much bigger challenge for Harper Woods. It’s going to be a tough one for the Pioneers. The winner will head to Livonia Franklin to play either Jackson Northwest or Milan in the next round.

Groves vs Detroit University-Detroit Jesuit @ Troy Athens: The Falcons pulled off the stunning district victory at Troy Athens. They outscored Warren Mott and Royal Oak by a combined 23-2 in their district semifinals and finals. Groves should be tested against Detroit University-Detroit Jesuit. The Cubs won their district with ease shutting out Ferndale 12-0 in the district finals. It’s going to be a very tough matchup for the Falcons. The winner heads to Detroit at Wayne State to take on Warren De LaSalle or Grosse Pointe North in the next round.

Adams vs Lake Orion @ Rochester: This is a rematch of the Red title series with the Highlanders taking the Red and two of three from the Dragons. Lake Orion has been on a roll. They outscored Waterford Mott and Oxford by a combined 27-4 in their postseason run. Adams has outscored Romeo and Utica Eisenhower by a combined 11-3 in their district. This is a rematch a lot of people are looking forward but the winner will likely see Orchard Lake St. Marys at Novi in the