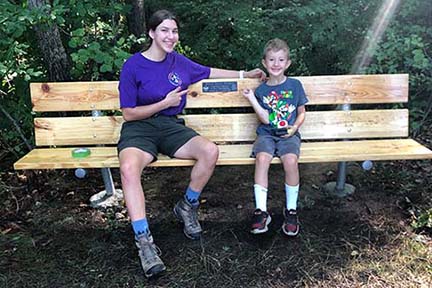 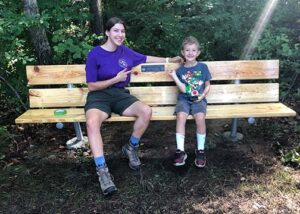 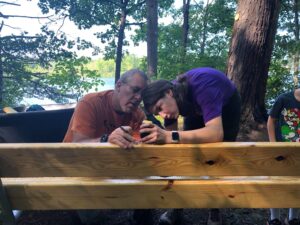 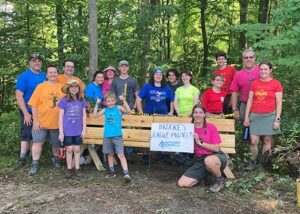 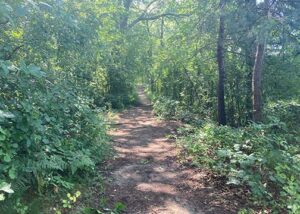 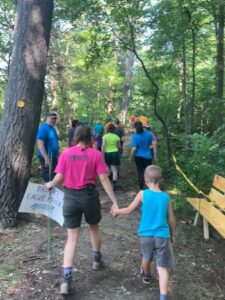 Bridge 33.7, a 95-year-old timber pedestrian bridge located on the trail between Dutton and Silverbell Roads, was completely replaced during the summer of 2019. The design of the new seventy-five-foot keystone-style steel truss bridge greatly improves accessibility for trail users and also supports a greater load capacity, allowing maintenance and emergency vehicles to safely cross. The bridge is fundamental to the operations of the Paint Creek Trail and the new bridge provides safe, continuous use of the trail for cyclists, pedestrians, equestrians, nature lovers, and anglers. Funding for the project was provided by the Michigan Department of Natural Resources’ Trust Fund grant program, a Transportation Alternative Program (TAP) grant from the Michigan Department of Transportation (MDOT), and a grant from the Ralph C. Wilson, Jr. Foundation. Oakland Township Parks and Recreation, who is responsible for the maintenance of Bridge 33.7, also contributed a $156,000 cash match for the bridge replacement.

The ribbon cutting ceremony will also celebrate the Trail’s 2019 resurfacing. As part of this project, the entire Paint Creek Trail was resurfaced with crushed limestone. Resurfacing of the trail is an ongoing event of a cyclical nature and last occurred in 2004. The four Paint Creek Trailways Commission member communities of the Oakland Township, Orion Township, Rochester, and Rochester Hills each committed funds towards the resurfacing of its section of the trail. Additional funding for the project was generously provided by the Ralph C. Wilson, Jr. Foundation. This project greatly improved the smoothness and regularity of the trail, and provides a safer and more predictable and enjoyable surface for all trail users.

Attendees are asked to please park at the Paint Creek Cider Mill, 4480 Orion Rd., Rochester, Michigan, 48306 and walk 1¼ miles south down the Paint Creek Trail to the bridge site for the ceremony. Please contact the Trail office at 248-651-9260 if you have a disability and require accommodations to fully participate in the event.

The Trailways Commission had planned to hold a ribbon cutting in 2020 to celebrate the opening of the new bridge and the trail resurfacing but social distancing guidelines prevented it. “The Commission is excited to celebrate the completion of these two projects with our member communities, our generous project supporters, and our enthusiastic trail users,” said Paint Creek Trail Manager Melissa Ford.

“During this ribbon cutting event, we are celebrating the completion of many needed projects along the Trail. We also are honoring our past Commissioners for their community service,” said Donni Steele, Paint Creek Trailways Commission Chairperson. “Over the past several years, these Commissioners selflessly donated their time and energy to improving, watching and caring for our Paint Creek Trail – truly, one of our community gems,” she continued. “We are also very thankful for the generous grants bestowed upon us, along with the continuous community collaboration, which allowed these long-standing projects to become a reality.”

About the Michigan Natural Resources Trust Fund: The Michigan Natural Resources Trust Fund is financed by royalties paid on the sale and lease of state-owned oil, gas, and mineral rights. Applications are accepted from state and local government agencies for the acquisition and development of outdoor recreation facilities. The deadline for applications is April 1st of each year, with the decisions made in early December. The MNRTF makes the grant recommendations and submits them to the state legislature for approval and appropriations. 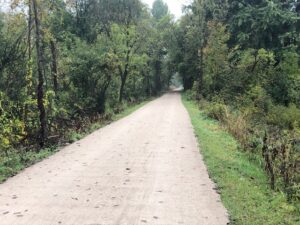 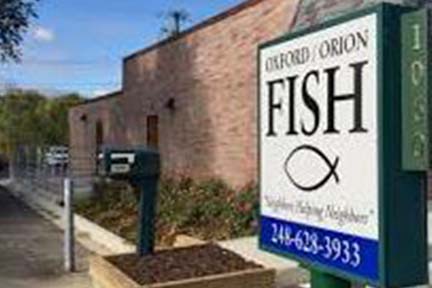 “We only exist and care for the community because of you.” 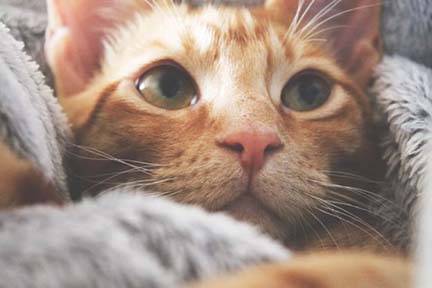 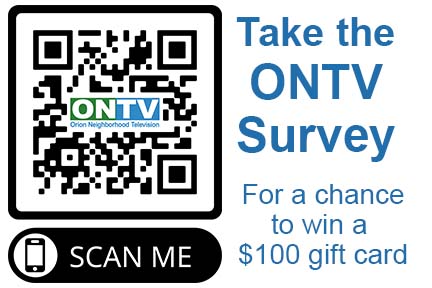 Orion residents, here’s your chance to win a $100 gift card.  All you have to do is scan the QR code and complete the survey.  It only takes 5 minutes! 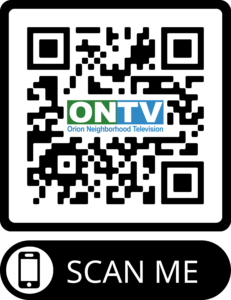 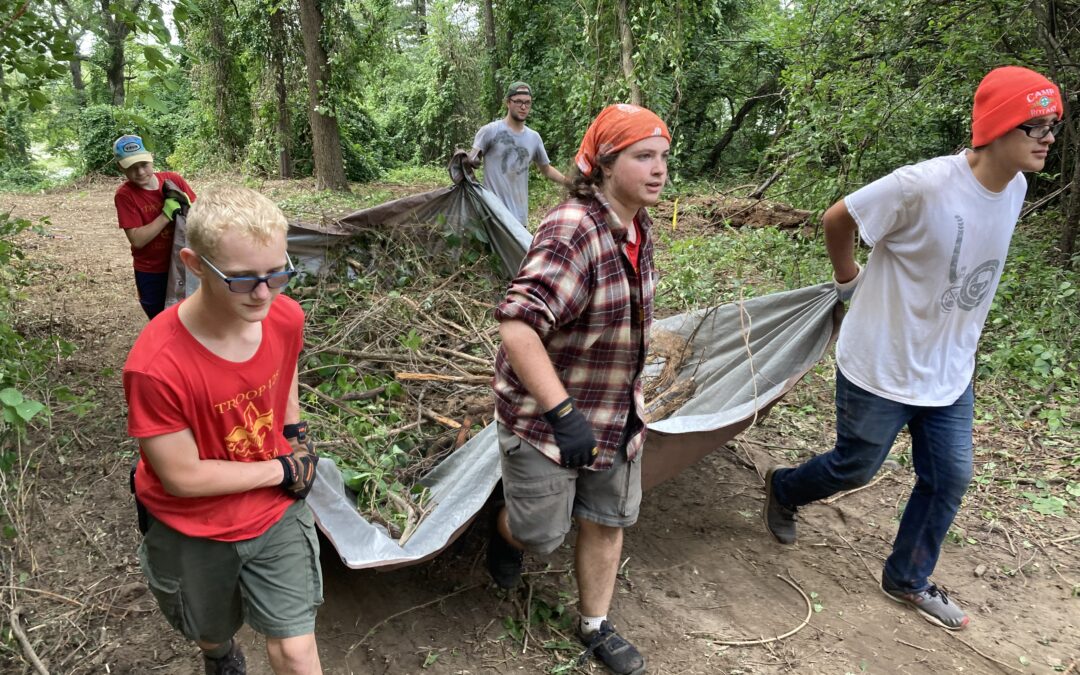 Oakland County Scouts give back through Summer of Service

Oakland County scouts are wrapping up the National Summer of Service, having helped dozens of local charities over the past few months.

An initiative introduced by Scouting’s national office, the Summer of Service program aims to engage youth in service for the benefit of their communities. Several prospective Eagle Scouts have used the opportunity to satisfy the service requirement to earn Scouting’s highest honor.

Casey Houlihan, 17, hopes to finish his project to clear an access road to the community chapel in Orion’s Camp Agawam within the next few weekends. Interviews and footage of the project can easily be arranged if requested.

Later in August, Jeffrey Ellingsworth, 16, of Troop 185 will begin construction on a playground at Grace Center of Hope in Pontiac.

According to Hopkins, the initiative builds on Scouting’s legacy of serving others and strives to positively impact local neighborhoods and communities in the coming months.

“Participants can serve in a variety of ways, whether it be cleaning up their communities, organizing a food drive, or honoring fallen heroes,” Hopkins said.

The Summer of Service initiative will conclude on October 31. The Pontiac-Manito District, which consists of approximately 1,000 scouts in Oakland County, has requested additional ideas for much-needed projects in the community. Service opportunities should be forwarded to the district executive at brandon.kathman@scouting.org. 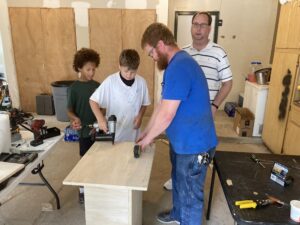 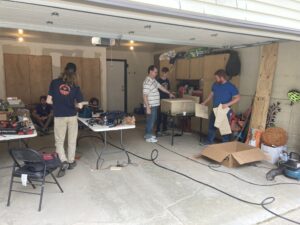 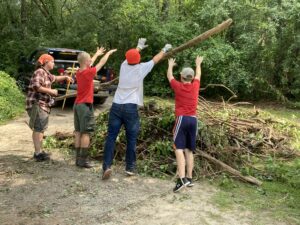 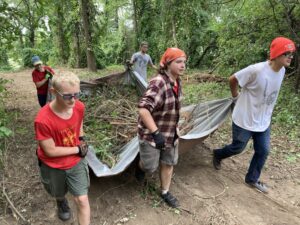