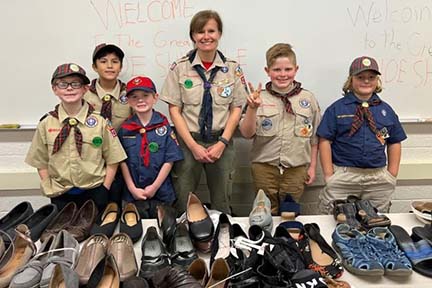 Scouts give back with “Great Shoe Shuffle”

Scouts give back with “Great Shoe Shuffle”

Cub Scouts in the Farmington area have collected over 600 pairs of used shoes to support those in
need as part of a drive that will end with a charity run on Nov. 19.
According to the shoe drive’s coordinator, Rachael Ayotte, Scouts have been collecting footwear
since October. Local Pack 45, Pack 179, Pack 226, Pack 231, Pack 263, Pack 362 and Pack 389
all participated in the endeavor.
“This was a great opportunity for our local packs to work with each other and collaborate with
Farmington Public Schools,” Ayotte said. “I know that this success will lead to further
opportunities to bring Scouting to kids in the Farmington area.”
The Cub Scout Packs placed a shoe collection box at each of the nine Farmington Public Schools
elementary buildings. Scouts decorated the boxes and made announcements at school, calling for
donations of new or gently used shoes. The shoes were then collected, sorted and organized by
the Cub Scouts.
On Nov. 9, the Scouts invited those in need to the Maxfield Education Center for a pop-up shop,
where the full selection was available at no cost. Ayotte estimated that about 300 pairs were
“shuffled” to new owners locally. The Scouts delivered the remaining pairs to Soles 4 Souls and
Foster Closet. Any shoes not suitable for reuse were recycled.
“This event allowed Cub Scouts and their families to live out many tenets of the Scout Law,”
Ayotte said. “A Scout is thrifty – keep good shoes out of the landfill.”
The Scouts will gather one more time on Nov. 19 for a run to benefit Soles 4 Souls at East Middle
School, as an anonymous patron has pledged to donate funds for each lap they complete around
the track.
“This is what we love to see our Scouts doing for their communities,” Bob DeWar, a field director
with Scouting’s Michigan Crossroads Council, said. “Instilling a spirit of cheerful service in
young people is at the foundation of our mission.” 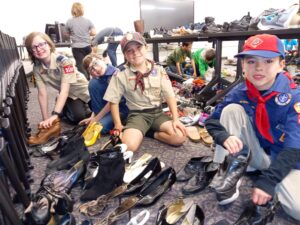 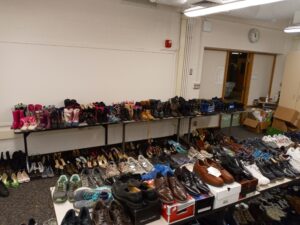 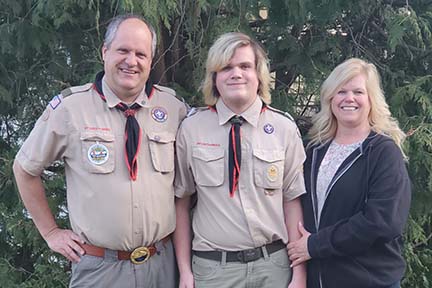 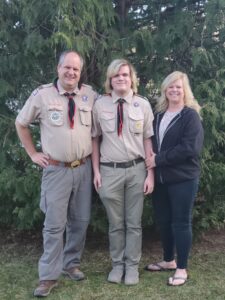