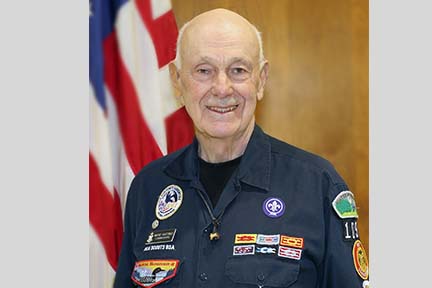 The Boy Scouts of America honored local volunteer Wayne Hastings with the National Sea Scout Award in a virtual ceremony on May 21, commending him for his work with young people.

Hastings has also been appointed commodore of the Sea Scouting program in National Service Territory 9, which spans Michigan, Ohio and Indiana. Sea Scouting, while founded on the same core principles as traditional Scouting, places particular emphasis on boating and water-based activities.

“I have a real love for sailing and a real love of Scouting, and this is where they come together,” Hastings said.

A member of the Port Huron Yacht Club, Hastings volunteers with local Sea Scout Ship 109. In addition to nautical know-how, Hastings said he enjoys teaching youth leadership skills, which they will use throughout their lives. Ship 109 meets several times each month, and occasionally the youth help crew racing vessels during the club’s regattas

“It’s a different program, but all the Scouting values are the same,” Hastings said. “Being safe on the water is a lifelong skill living in Michigan. Knowing how to be safe on the water can save your child’s life or equip them to save someone else’s life.”

An Eagle Scout himself, Hastings grew up in Nebraska and was never exposed to the Sea Scouts as a youth. After learning about the program through friends at the yacht club, Hastings accepted a position as unit commissioner for ships in the Blue Water District, which covers the Thumb’s eastern coastline.

“Wayne is a fantastic volunteer and ambassador for the Scouting movement,” Christa Warner, executive for the Blue Water District, said. “We are so lucky to have him, and we are proud of all he has achieved.”

To learn more about the local Sea Scout program or other opportunities in Scouting, contact the district office at (810) 841-5568. 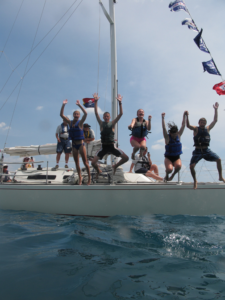 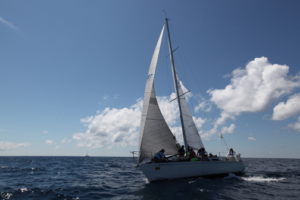 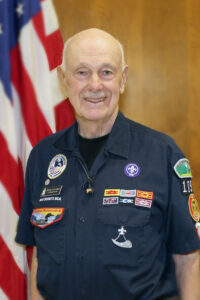