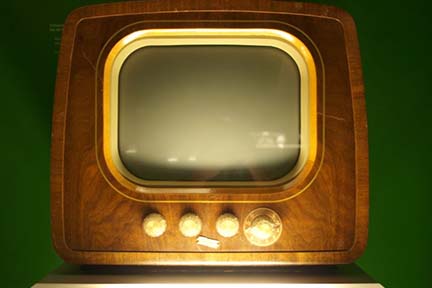 Instead of letting public access channels wither due to commercial market fluctuations, we should publicly fund and expand the precious communication infrastructure that access media offers.
By ANTOINE HAYWOOD and VICTOR PICKARD Nov. 10, 2021, 2:43 p.m.

PMN’s pivot demonstrates an untapped potential for public access stations to produce local journalism at a time when other sources are rapidly disappearing.

Access to local news and information is critical, especially during pandemics, elections, and other high-stakes moments. Yet it’s increasingly clear that a profit-driven news system alone cannot provide everyone with the media they need to navigate daily life. As local journalism’s commercial model continues to collapse, public and nonprofit media institutions can serve as informational safety nets.

The worsening journalism crisis demands that we begin discussing how we might build this system, one committed to universal service. One starting point is to re-imagine and use already-existing public infrastructures that produce and disseminate vital information, such as libraries, public broadcasting stations, and post offices. As the PMN example shows, public access media outlets are another avenue that deserve attention.

Since the 1970s, these small-scale media operations anchored by cable channels have provided civic information to a wide range of U.S. audiences. Some 2,500 PEG operations existed during the medium’s heyday in the 1980s when operations like PMN were established. Most, managed by fledgling cable companies, became unsustainable models due to mergers and other operational challenges. Nonetheless, according to the Alliance for Community Media interactive database, over 1,600 operations — a mix of entities now managed by nonprofits and municipal communication departments — currently maintain 3,000 PEG channels scattered across the country.

Three quarters of PEG operations today are small, managed by one to three employees, and generate hyperlocal programming for a couple of cable channels typically listed as “local access” on a cable system’s programming guide. While the number of local access channel operations has diminished over the years, these smaller operations still serve as reliable community information sources, especially in areas where local journalism has dwindled. In large cities like Philadelphia, Pa., these channels are typically operated independently. But in smaller localities like Bedford, Mass., the PEG facilities are usually managed by one organization or municipal department.

But the future of this important infrastructure is in peril. Federal and state-level regulatory decisions that erode local control have detrimental consequences for public access channels and other public communication infrastructure. PEG stations’ primary funding comes from cable subscribers according to the Cable Communications Policy Act of 1984, which authorizes state and municipal governments to collect monetary compensation and receive local channel access in exchange for a cable company’s use of public rights-of-way (like sidewalks and streets). Through negotiated agreements with cable companies, localities have long relied on cable subscriber fees to pay for PEG infrastructure expenses (staffing, facility maintenance, and equipment purchasing). But as consumers switch to streaming media services, local governments lose their ability to collect funds that sustain PEG access channels’ infrastructure. Access media advocates are concerned about the financial implications of pay TV subscriptions dwindling at a 4% annual rate.”

Instead of letting PEG channels wither due to commercial market fluctuations, we should publicly fund and expand the precious communication infrastructure that access media offers. A national fund that distributes local journalism grants, based on demonstrated community need, could benefit public access media centers interested in building collaborative, solutions-oriented types of journalism programs. Modest grants in the range of $100,000 to $300,000 would enable small operations to hire editorial staff, train and compensate community reporters, and forge collaborative partnerships with other news organizations.

Ensuring non-discriminatory access to a baseline level of essential information that the market can’t support is paramount, especially for communities of color that have never been well served by commercial media. We need robust communication infrastructures that produce reliable information and provide a forum for local perspectives and diverse stories. These local newsrooms — for and by the people — must look like the communities they serve.

As we continue to face an ever-worsening journalism crisis, it is worth reimagining how investments in PEG outlets could help address local information and communication needs. We should leverage and expand such invaluable community infrastructures — before they vanish altogether.