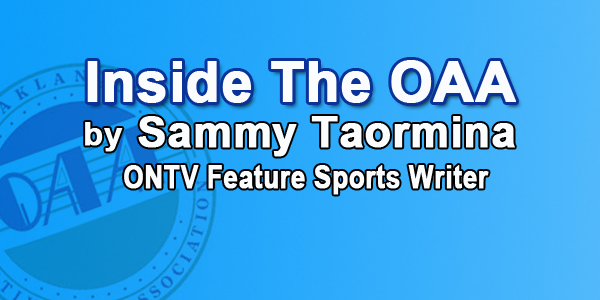 Now I know football is not even close as we still have spring sports to look forward too. These are not the official rankings that will come in August but things could change at this point. Anyway here are the early rankings to what I see it right now in late January into February.

20. Royal Oak: The Ravens had a slew of injuries last season. Royal Oak is hoping to return to glory when they made the playoffs in 2017. The Ravens are 25-84 since 2008 which is something that Coach Ray McMann needs to fix.

19. Troy: The Colts closed out 2019 by scoring 45 points in their final two games however they are 2-16 since their last playoff appearance in 2017. Maybe the move down to the Blue will help Coach Chris Fraiser’s team.

17. Farmington: The Falcons lost a ton of talent to graduation. It could be a rebuilding year in 2020 for Coach Kory Cicroch and Farmington.

16. Rochester: The Falcons have a strong foundation to look forward to in quarterback Alex Bueno. The move to the Blue should also help Rochester grow.

14. Ferndale: The Eagles are an interesting team to watch in 2020. They need to address some questions on both sides of the football.

13. Avondale: The Yellow Jackets will be an interesting team to watch in 2020. Avondale will need to replace a ton of experience from last season. Expect things to be different for Coach Corey Bell’s team.

12. Groves: The Falcons lost a ton of talent from last season’s team in which they allowed 91 points in their final two games. It will be very interesting for Coach Brendan Flaherty’s team to see how they respond in 2020.

11. Southfield Arts and Tech: The Warriors have the talent returning in running back Rae’Quan Lee and wide receivers Robert Army and Jeff Bowens along with tight end Caleb Banks. Southfield Arts and Tech has missed the playoffs three straight years, something that Coach Tim Conley wants to fix. The question for the Warriors will be is that how incoming quarterback Isiah Marshall adjusts to life in the Red.

9. Adams: The Highlanders sophomore class will be something to keep an eye on. Adams already has wide receiver Parker Picot already on Varsity. Expect more to be up on Varsity in 2020 for Coach Tony Patritto as they have to replace some key areas including quarterback.

8. Seaholm: The Maples had a very successful playoff run last season but they do lose some experience from that team however anytime you have a quarterback returning that is huge and Coach Jim DeWald has his quarterback back in Kaleb Kroner. Seaholm could make some noise in 2020.

7. Oxford: The Wildcats have a new coach in Zach Line and a brutal schedule looming which are huge concerns for me but I have faith in Oxford’s experience returning led by quarterback Brady Carpenter.

6. Oak Park: The Knights will have to replace a ton of skill players but they have running back DaVion Primm and wide receivers Jaylin Mimes, Davion Young, and Charles Gillespie not mentioning Rayshawn Benny is back up front. Quarterback and moving up to the Red are big questions for Coach Greg Carter’s team heading into 2020 but there is plenty of time to figure that out.

5. Lake Orion: The Dragons have a quarterback competition looming between Dominic Bruno and Kyler Carson. Lake Orion will need to replace a ton of skill players from last season’s team that graduated but the lines return which is a huge help for Coach John Blackstock.

4. Clarkston: The Wolves are trying to erase last season’s 3-6 record off their memory but they did gain a gem of a running back in Ethan Clark. Quarterback Mike DiPello is looking for a bounce back year for Coach Kurt Richardson despite questions at wide receiver and defense.

3. North Farmington: The Raiders lost a ton of talent from last season’s team that had their first unbeaten regular season since 1978 but quarterback Jacob Bousama returns which should help things for Coach Jon Herstein.

2. Stoney Creek: The Cougars may be the most balanced team in the OAA. Coach Nick Merlo’s team return a ton of experience. This team could be special in 2020.

1. West Bloomfield: The Lakers have the favorite for Mr. Football in Donovan Edwards. If Coach Ron Bellamy can address the quarterback situation and not rely a ton on Edwards then West Bloomfield could be a player again.