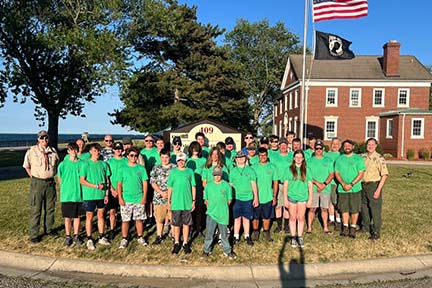 In an era where help wanted signs are apparent everywhere you look, organizations are also
usually shorthanded when it comes to volunteers. Thankfully, organizations such as the Boy
Scouts of America (BSA) are still coming through and assisting where needed.

The Selfridge Open House and Air Show is an extremely popular event, showcasing one of the
oldest continuously operating military airfields in the nation, and wowing the crowds with sky
performances by aircraft like the A-10C Thunderbolt II, CH-47 Chinook, the F-22 Raptor and
more. But with all the people enjoying the show, there must be others to serve them, and that’s
where the BSA units came into play.

Scouts from Troops 127 (Boy and Girl), 209 and 1927 were on hand to help, and although
originally were intended for use elsewhere, primarily served concessions to keep the crowds
hydrated during the perfect sunny day on the air field. The scouts worked both days of the air
show, leaving minimal time to actually enjoy the show. “It’s what we do…” is a common quote
from one of the scout leaders in regard to serving the community. The scouts stayed flexible
and served where they were needed.

During the events, Scouts have the opportunity to camp on site. The scouts, who operate
separately in different units, came together and camped at the Top 4 Park on base. The scouts
enjoyed friendly camaraderie, shared meals and desserts and enjoyed each other’s company
for the weekend. As an added bonus, Brigadier General Rolf E. Mammen, Commander of 127th
Wing stopped by the camp area and thanked the Scouts for their role to make the air show a
success.

Even though units appear to be in competition, those in the program understand that each unit
has its own personality, and everyone wears the same uniform. At the end of the day, it makes
sense that multiple units would come together to help serve the community. And doing it while
having fun with your troop and making new friends? That makes it worth it. 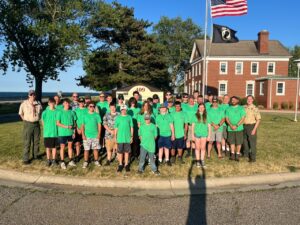