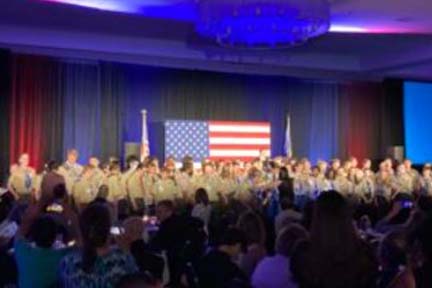 Leaders of the Michigan Scouting movement joined with civic groups and industry professionals to celebrate the most recent class of 758 Eagle Scouts with a banquet at the Suburban Collection Showplace in Novi on June 14.

The 2022 Eagle Banquet was a historic one, as it was the first to celebrate both boys and girls who achieved Scouting’s highest honor. Due to the time requirements for each rank in Scouting, those girls who formed the first female troops in 2019 are only now becoming eligible for Eagle. Though not all 758 youth from across the state were in attendance, hundreds of scouts and family members filled the event hall.

“Given the climate of the past few years, it was inspiring to see so many young people demonstrate perseverance in the face of adversity and uncertainty,” Charity Davenport, an executive with Michigan’s Scout Reach District, said.

Zach Damon, the banquet’s master of ceremonies and host of the award-winning “Ann Arbor Tonight” television show, described the dinner as “not just an event, but an experience.” Scouts were seated with leading professionals in fields they expressed an interest in. For Brooke Muzzy, 18, the opportunity to dine with Damon as well as local television anchor Michael Thorpe was invaluable, as she is considering opportunities in broadcasting.

“We got to discuss life and career goals with the professionals,” Muzzy said. “We got advice for entering the industry as well as a business card from each.”

Numerous sponsors contributed to fund the dinner, including the American Legion Department of Michigan, Mercury Sound and Lighting, Modetz Funeral Homes, the Huttenlocher Group and many others. The American Legion, which has maintained a national partnership with Scouting since 1919, is also one of the most prolific awarders of scholarships for Eagle Scouts.

“This is an important recognition for those who have achieved what many attempt but few attain: the highest rank in Scouting,” Damon said.

According to the Boy Scouts of America, only 4% of scouts have earned the rank since the organization’s inception in 1911. For many, it remains one of their proudest achievements in life.

“It means everything to me,” Muzzy, the first female Eagle in her district, said. “I wanted to be part of it ever since I was six years old and my brother joined Cub Scouts. When I was 15, we formed Troop 185G; two and a half years later, here I am.” 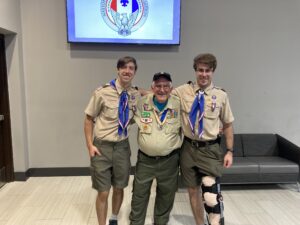 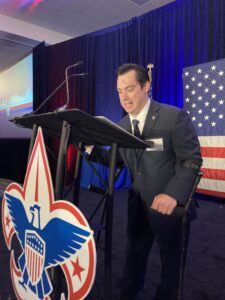 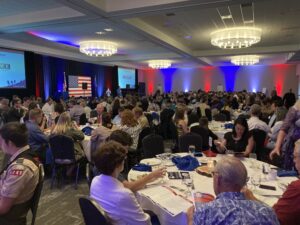 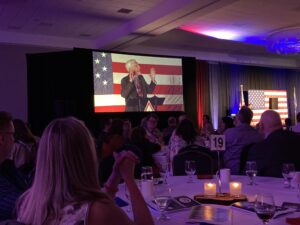 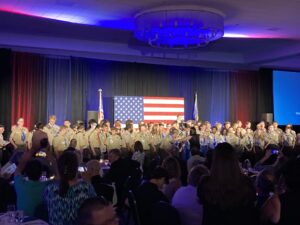 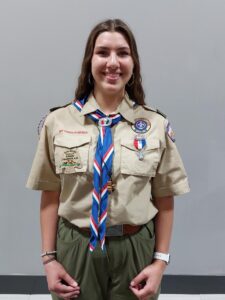