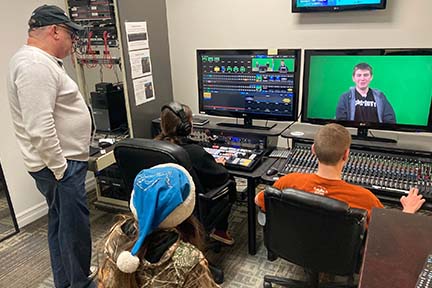 Scouting’s local Pontiac-Manito District has partnered with the Orion Neighborhood Television network to produce a monthly show, “Scouting on Air,” which will feature gear reviews, camp cooking segments, service projects and interviews with the organization’s state and national leadership.

Each episode will be produced and hosted by scouts from across Oakland County under the guidance of media professionals. According to the Michigan Crossroads Council, Boy Scouts of America, the show’s intended audience includes both active scouters and the general public.

“I was invited to help launch Scouting on Air shortly after I achieved my Eagle rank,” Brooke Muzzy, 18, one of the show’s anchors, said. ”Having the opportunity to create a program about Scouting has been so rewarding, I have made new friends and learned so many new skills in the last few months.”

Becky Andrus, ONTV’s outreach coordinator, said the relationship began when Scouting was featured on Orion Outreach, a program highlighting local nonprofits. After three appearances, Andrus suggested that they consider producing their own show. Working with the district’s leadership, ONTV provided youth journalists, anchors and producers with the requisite training courses to create a show.

“This training allows them to be involved in all aspects of the production process, from producing and directing to hosting and editing,” Andrus said. “ Everyone at ONTV is so excited to have the scouts in the studio creating their own show.”

According to the Pontiac-Manito District, their first episode will feature an interview with Jennifer Sanker, vice president of the Michigan Crossroads Council. Furthermore the episode will include coverage of their most recent district campout and a segment on “high adventure” expeditions to the Boundary Waters of the Minnesota-Ontario border. Scouting on Air’s pilot will begin airing on the network next week, with new episodes released monthly. The show can also be viewed on the ONTV YouTube channel.

“This is exactly what community television is all about, and we can’t wait to see the first episode of Scouting on Air,” Andrus said. 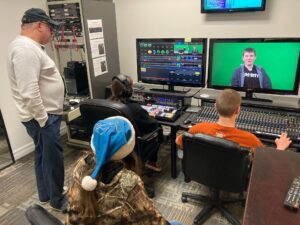 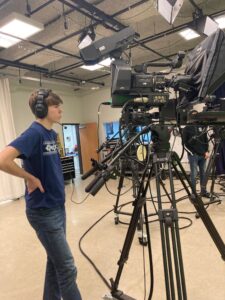 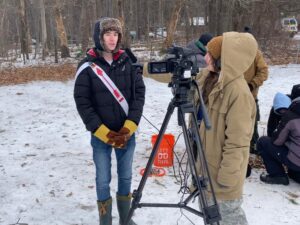