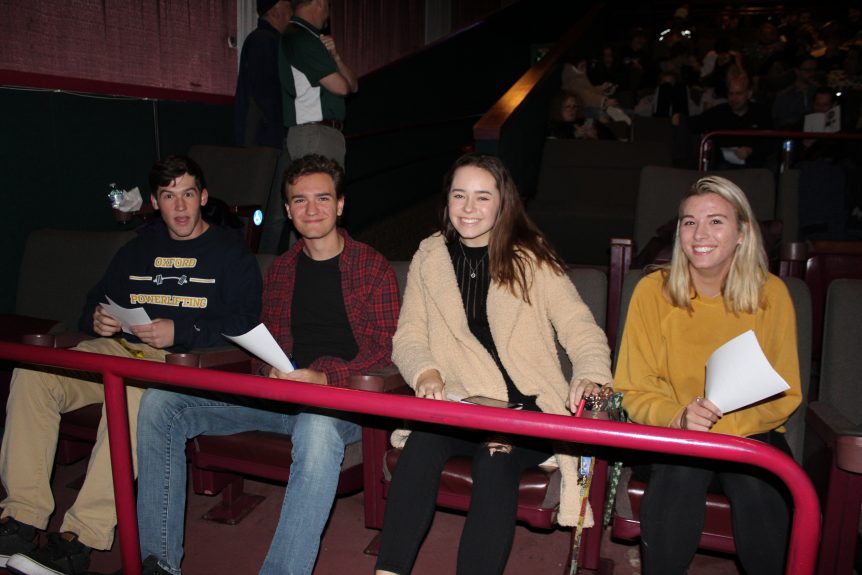 Orion Neighborhood Television, Orion’s community access television station, would like to thank all of the participants who took part in the sixth annual Wildwood Film Festival held on Oct. 30.

Ian Locke, ONTV Executive Director stated, “This special event really showcases how many talented filmmakers we have in Lake Orion and the surrounding area. This year we had a lot of comedy which makes for a really fun night. We’ve been doing the film festival for six years and we’re glad we can continue to provide this opportunity to the community while supporting the High School’s S.O.S program.”

ONTV would also like to thank its sponsors for adding to the success of this year’s festival: 20 Front Street, Orion Oaks Dental and FlipSpot Gymnastics and Cheer. Filmmakers were given the challenge of producing a 10 minute film in five days. Each group was given a prop, location and a line of dialog which they had to use in their film. The producers worked in groups with production equipment supplied by Orion Neighborhood Television.

Orion Neighborhood Television is an award winning community access television station serving the Village of Lake Orion and Orion Township. ONTV is housed at the Orion Center at 1349 Joslyn Rd. ONTV can be seen on Comcast Cable and AT&T U-Verse Channel 99. Programs can also be seen on-demand at www.orionontv.org. Contact ONTV by phone: 248-393-1060, Email: ONTV@orionontv.org.